All manufactured PCBs require a surface treatment to protect the exposed copper on the surface. If left unprotected, it can oxidise, rendering the board unusable. To solve this problem, it is common to have the PCB surface treated before assembly and the reflow process.

This study “PCB Surface Finishes & the Cleaning Process” was designed to investigate the effect of reflow and various cleaning agent types on ImSn, ImAg and ENIG surface finishes. Unpopulated ZESTRON® test vehicles, with the appropriate surface finish, were used for all trials. In a previous study by the authors, the OSP surface finish was analyzed for integrity within an aqueous-based cleaning system and was therefore excluded from this study.

Surface finish assessment following reflow and cleaning was conducted using visual inspection, adhesion test, copper test (ImAg and ImSn), nickel test (ENIG), and the X-Ray Fluorescence (XRF) test. Additionally, baseline tests were conducted on boards with all finish types without exposure to reflow or the cleaning process in order to assess the effect of the reflow process. 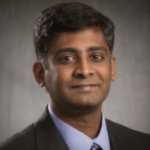 Naveen Ravindran, M.S.Ch.E., is an Application Engineer at ZESTRON Americas. Mr. Ravindran is an active member of the SMTA as well as the IPC. He has contributed to multiple case studies performed in collaboration with major cleaning equipment manufacturers. Mr. Ravindran provides technical support to our customers, including cleaning process recommendations as well as onsite customer support for process implementations and optimizations. He also was a key contributor to the extensive technical paper series “Key to Low Standoff Cleaning” as well as the lead-free and eutectic screening series completed at ZESTRON’s Technical and Analytical Center in Manassas, VA.
Mr. Ravindran graduated with a Bachelor’s Degree in Chemical Engineering from the University of Madras, India, and a Master’s Degree in Chemical Engineering from West Virginia University, Morgantown, WV. He has been with ZESTRON Americas since October 2006.

Umut Tosun, M.S.Chem.Eng., is the Application Technology Manager at ZESTRON, the global leader in high precision cleaning products and services. Mr. Tosun has published numerous technical articles in leading electronics manufacturing magazines such as Circuits Assembly, SMT Magazine and US Tech. As an active member of the SMTA and IPC, Mr. Tosun has authored and presented numerous technical papers and studies at the industry’s largest trade shows such as the IPC/APEX and the SMTAI.
Mr. Tosun holds a Bachelor of Science and Master’s Degree in Chemical Engineering from the Technical University of Hamburg, Germany. He joined ZESTRON in 2000.