Influence of pH-Value on the Mechanism of Electrochemical Migration

Electrochemical migration (ECM) as the most frequent cause of failure of electronic assemblies under moisture or dew load.

Despite its long history, electrochemical migration is still one of the most frequent causes of failure of electronic assemblies under moisture and condensation loads.

Since the mechanism appears in variants especially at CAF and anodic migration phenomenon, a further deepening of the understanding is helpful to be able to better estimate risks especially in power electronic assemblies. The course of the pH-value development over the individual stages of electrochemical migration was observed via video analyses by using a microscope and correlated with the electrochemical properties of tin.

In the technical paper, the pH value and gas development based on real-time videos of the electrochemical migration and the explanation of the 3 above-mentioned stages based on the chemistry of the silver or the so-called Pourbaix diagram for silver are discussed. 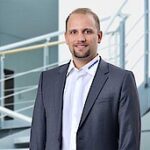